You are here: Home / Cooking Tips / The French Mirepoix

The next stop on our tour of Onions Around the World is France, and a mirepoix, a mix of onions, carrots, and celery! 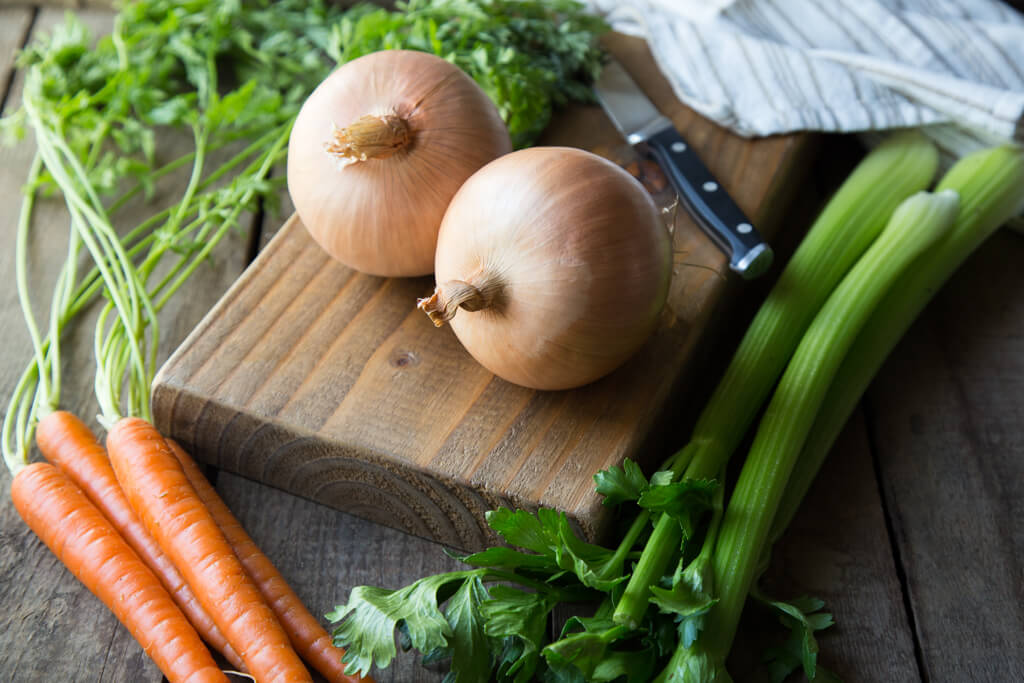 Mirepoix (meer-PWAH) is the French cooking base that often gets credit for being an original recipe that was used to create other cooking bases in regions around the world. For example, it is possible that the Cajun Holy Trinity in the U.S. evolved to use green peppers instead of the carrots associated with the French recipe.

Geographically speaking, Mirepoix is a town in southwestern France. While it is difficult to identify the exact origin of the mix, there is evidence that it was named after, or is at least related to, the 18th century Duke of Mirepoix.

Mirepoix works so well to flavor dishes because it offers a balance of aromatics from onions and celery and pairs them with the sweetness of carrots. Proper ratios are up for debate, but many cooking references suggest a ratio of two parts onion, one part carrots, and one part celery.

One of the most interesting topics surrounding the onion base is the question of whether to brown the ingredients. Traditionally, the vegetables are lightly sautéed in fat such as butter or olive oil, a process also called sweating. In this method, the vegetables soften and juices become visible around the pieces, but no browning occurs. Taking the cooking further to browning, or caramelizing, changes the flavor of the vegetables. Sweetness deepens and intensifies. This is rarely a bad thing when it comes to delicious food, but it might go against history and tradition. 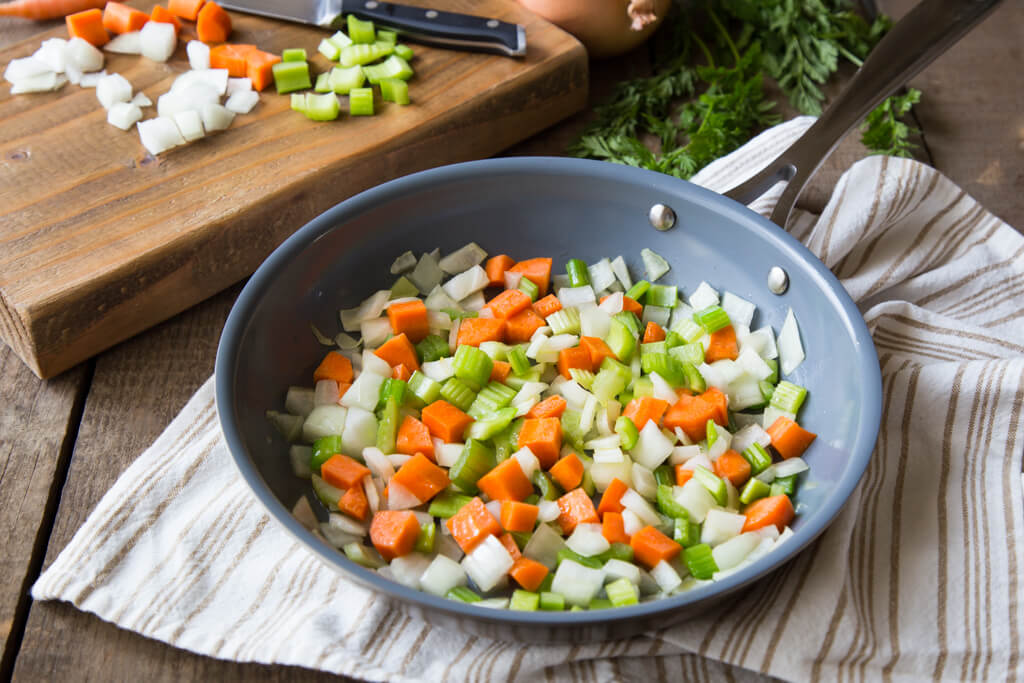 In the U.S., though, how to cook mirepoix is up to the cook and the recipe. In a demonstration from the Culinary Institute of America, Chef Bill Briwa suggests browning the vegetables deeply for use with beef roasts. He also suggests adding the celery later in the process. The onions and carrots have more natural sugars that will result in better caramelization and flavor if allowed to brown prior to adding the celery.

Regardless of how a recipe suggests preparing the mirepoix, a uniform chopping method is essential to result in even cooking. The best size for the pieces all depends on how they will be used. Recipes with shorter cooking times, such as a sautéed vegetable and rice dish, will benefit from finely diced pieces for quick cooking, while soups and stews with longer cooking times can handle more rough chopping and larger pieces.

We don’t know about you, but we think the mirepoix has an interesting story given that it is such a simple mix of everyday ingredients. Whether lightly cooked or caramelized, with pieces small or large, the flavor it provides is essential to so many delicious recipes. We love how it can turn a basic soup or stew into a comforting meal that is worthy of a craving. Coming up next, we’ll be using the onion base in a favorite stew with French origin!

Images by Lori Rice for the National Onion Association