You are here: Home / All About Onions / Onion History

It is presumed our predecessors discovered and started eating wild onions very early – long before farming or even writing was invented. Very likely, this humble vegetable was a staple in the prehistoric diet.

Most researchers agree the onion has been cultivated for 5000 years or more. Since onions grew wild in various regions, they were probably consumed for thousands of years and domesticated simultaneously all over the world. Onions may be one of the earliest cultivated crops because they were less perishable than other foods of the time, were transportable, were easy to grow, and could be grown in a variety of soils and climates. In addition, the onion was useful for sustaining human life. Onions prevented thirst and could be dried and preserved for later consumption when food might be scarce. While the place and time of the onion’s origin is still a mystery, many documents from very early times describe its importance as a food and its use in art, medicine, and mummification. 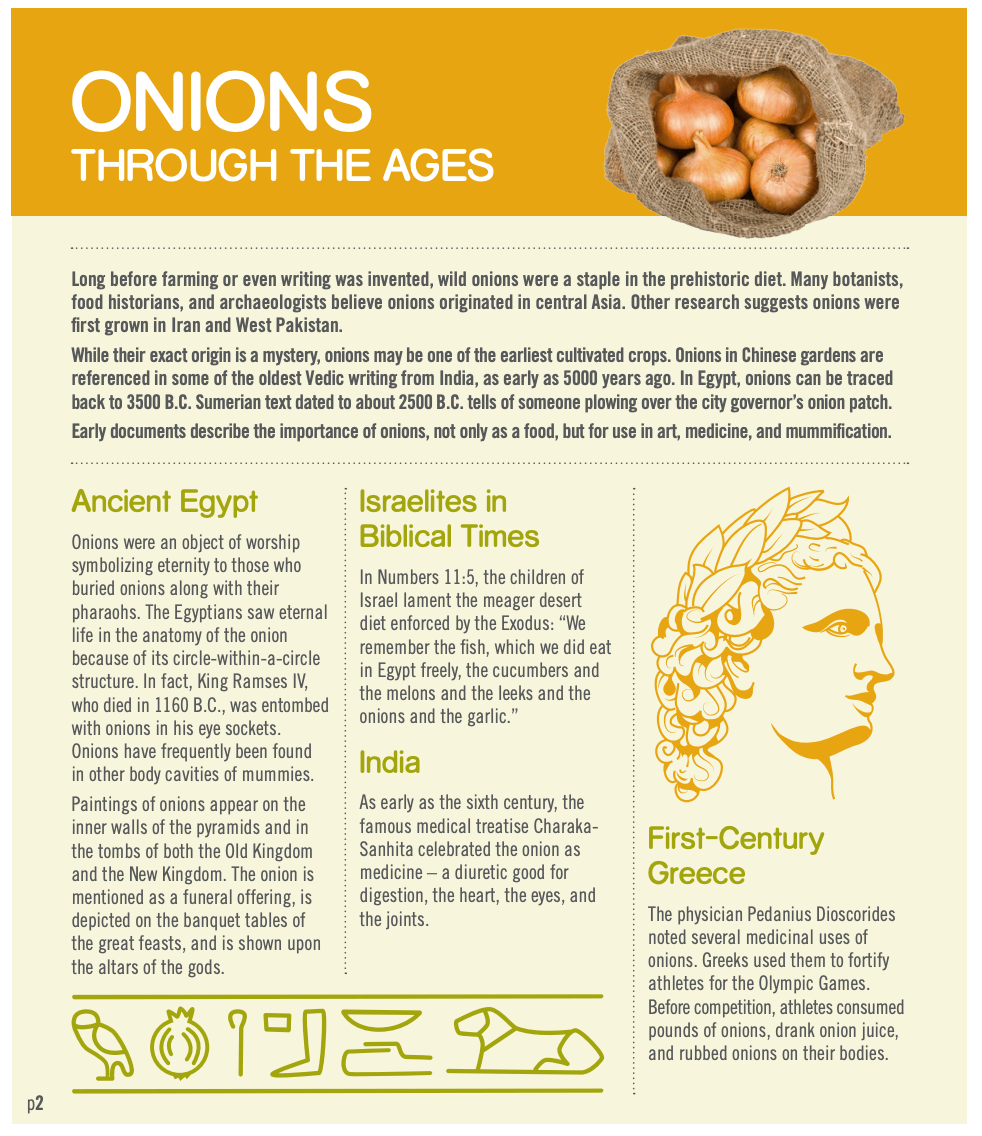 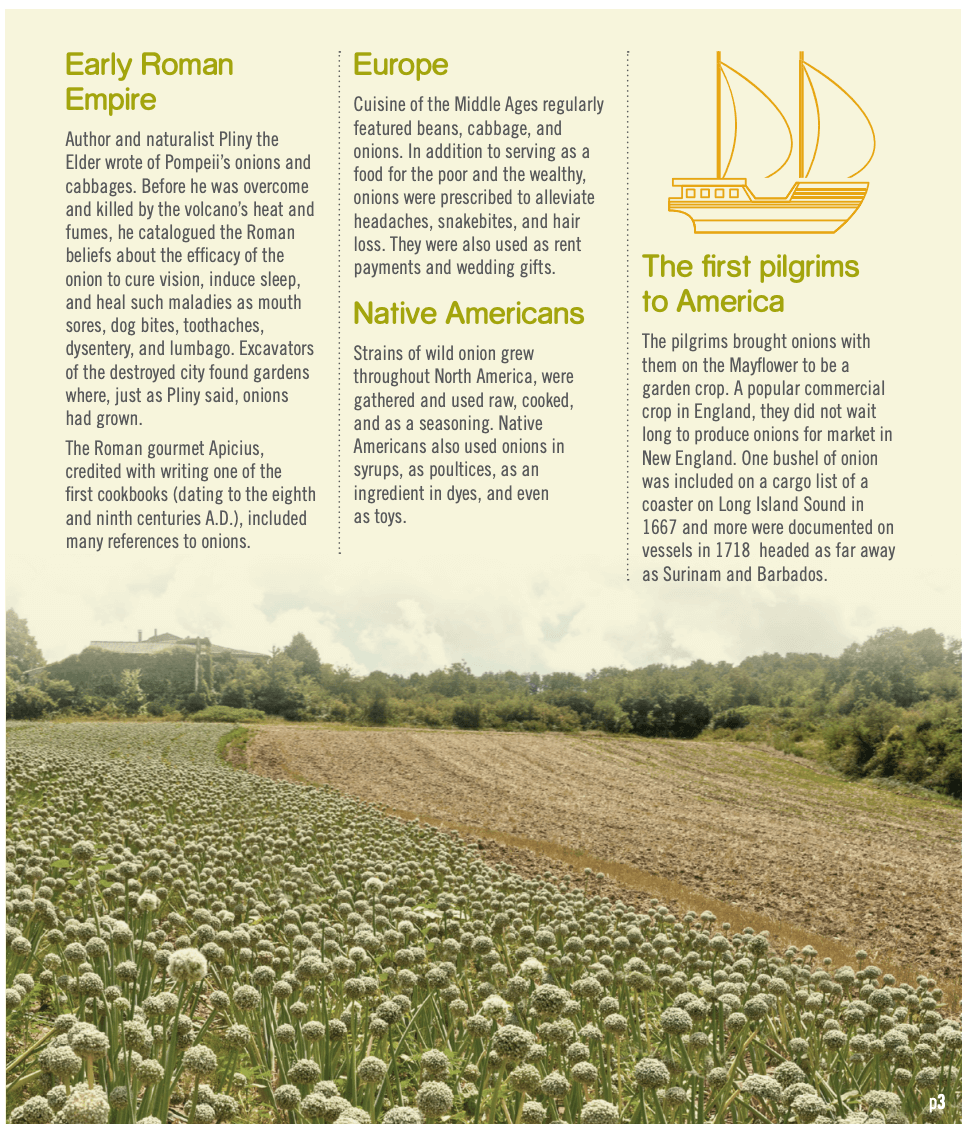