You are here: Home / Cooking Tips / The Cajun Holy Trinity

The Cajun Holy Trinity provides a base of flavor for well-known Cajun dishes such as gumbo, etouffee, and jambalaya! 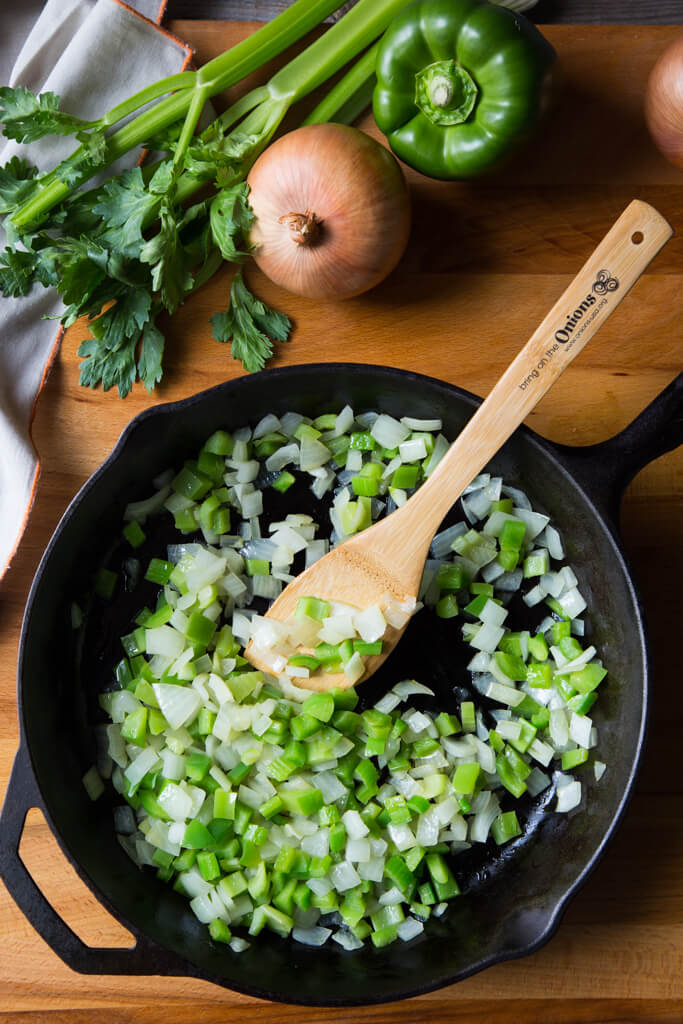 We are starting our exploration of Onions Around the World close to home with the Cajun Holy Trinity. A mix of onions, celery, and green peppers, this flavorful combination serves as a base for cooking throughout Louisiana in a multitude of traditional recipes. If you’ve enjoyed a Cajun meal, it is certain you have tasted something that first began as the Holy Trinity, or the Trinity, as it is also sometimes called.

It is unclear who first named this mix of ingredients, according to a report from The Times-Picayune. Although, there is evidence that it was popularized by chef Paul Prudhomme in the late 1970s. The name stuck and spread throughout the state in the 80s and has been around ever since. 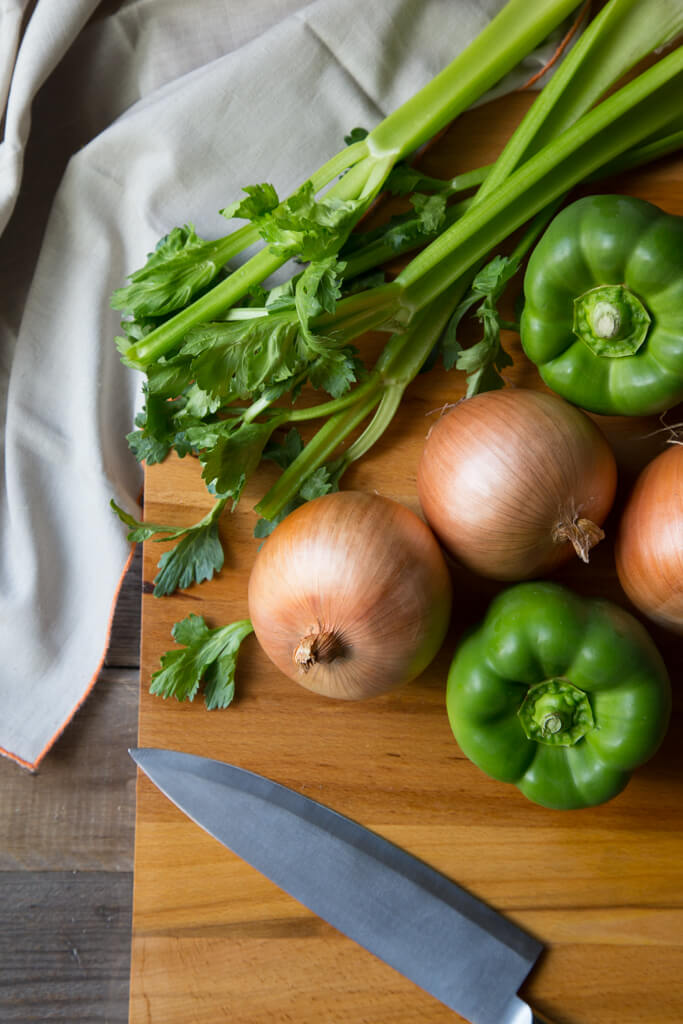 Most often using yellow or white onions, this base is a staple in nearly every dish the world associates with Cajun and Creole cuisine such as gumbo, red beans and rice, and other soups and stews of the region. The proper ratio of onions to celery to green peppers seems to be up to the cook and the specific recipe. While some chefs reference a 1:1:1 ratio, others suggest a 3:2:1 ratio. Of course, we can’t argue with the latter. The more onions the better!

While each recipe varies, as a general rule, fat, such as butter or olive oil, is heated in a heavy skillet or pot, like a cast iron skillet or a Dutch oven. Then the Holy Trinity is added and sautéed over medium-high heat until the vegetables soften. This usually takes about five minutes. Seasonings and spices are added to layer the flavors and create a delicious meal. 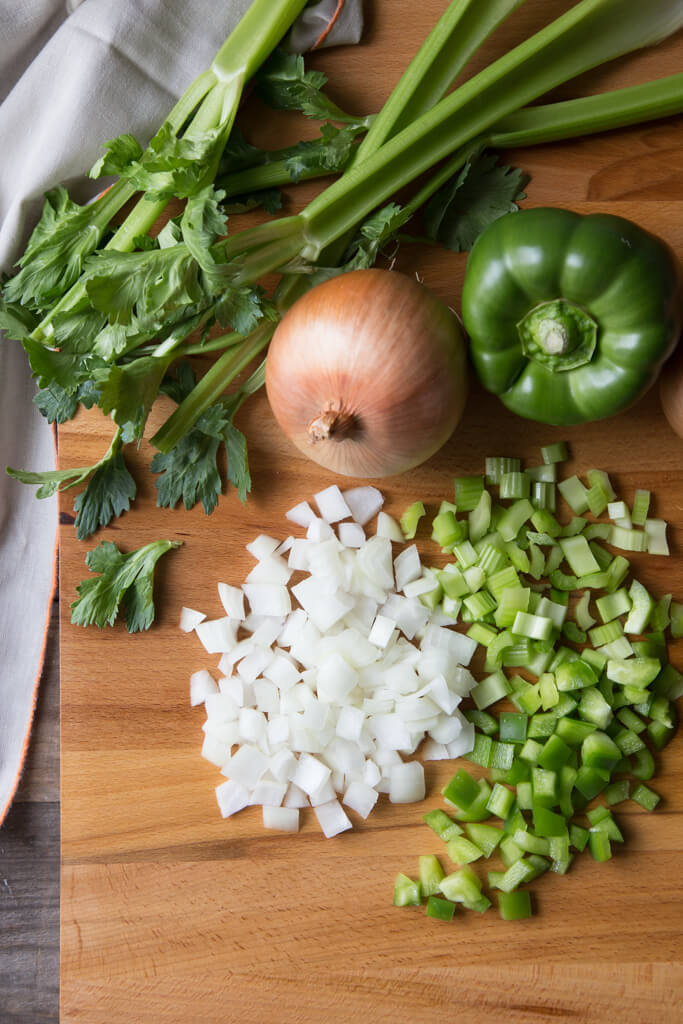 The key to the perfect Holy Trinity is consistency in chopping. The onions, celery, and bell pepper are all added to the skillet at the same time, so you want the pieces of each ingredient to be about the same size to ensure even cooking. Other than that, this base of flavor that is full of tasty onions leaves plenty of room for interpretation and experimentation in the kitchen.

Our go-to combination is one large onion, two stalks of celery, and one medium green bell pepper for recipes that serve four to six people. When sautéed in two tablespoons of extra virgin olive oil, it provides a delicious and healthy base for building rich flavors. 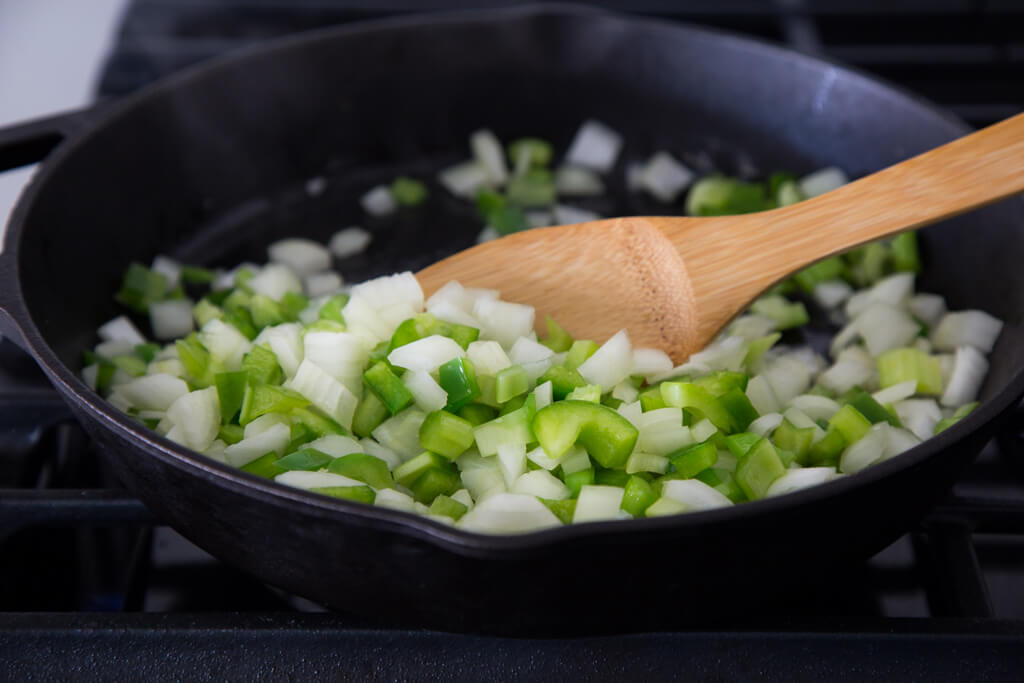 In our next post, we will be sharing our favorite Shrimp and Chicken Sausage Gumbo recipe to help you get started cooking with the Cajun Holy Trinity!

Images by Lori Rice for the National Onion Association