A puree of onions, peppers, garlic, and cilantro, Puerto Rican recaito can be used to start a recipe or it can be mixed in at the end to add a burst of delicious, fresh flavor! 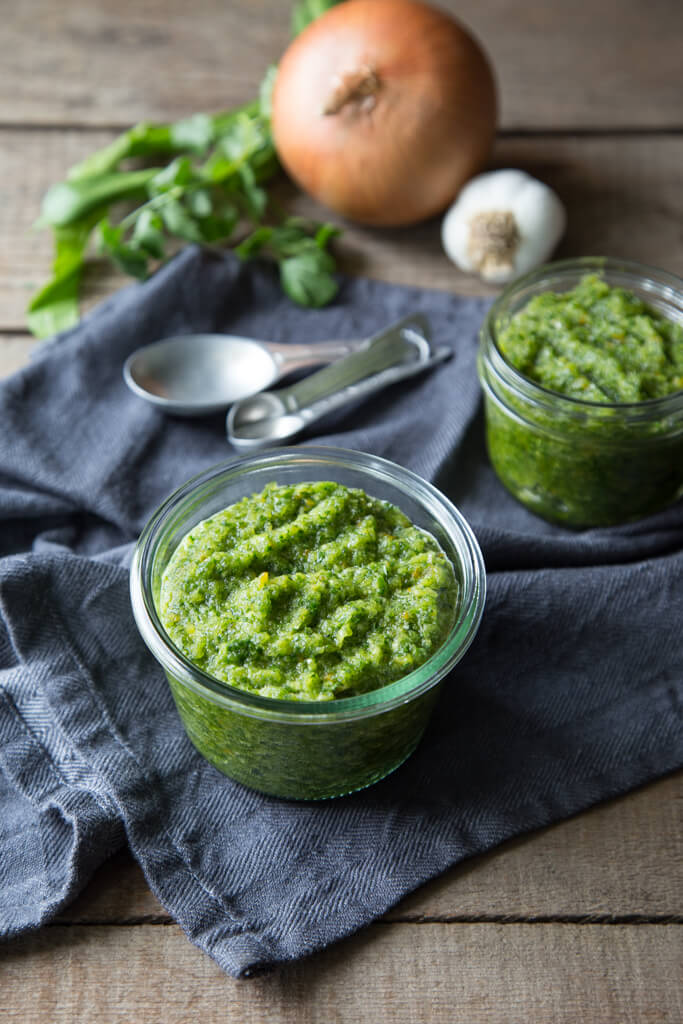 A staple in Puerto Rican cooking, recaito is full of onions and serves as a base of flavor for all kinds of recipes from beans and rice to stews and empanadas. There are a few things that make recaito different from the onion cooking bases we’ve discussed so far, such as the Cajun Holy Trinity and the French mirepoix.

First, it uses a larger variety of ingredients, and some ingredients that might be harder to find. Don’t worry, though. We have substitutes! Second, it isn’t cooked first. It is pureed into a thick sauce that is added to the recipe. This turns out to be a great thing for planning ahead and future meals. A standard recipe makes more than you will likely use in one dish so it can be refrigerated or frozen for later. 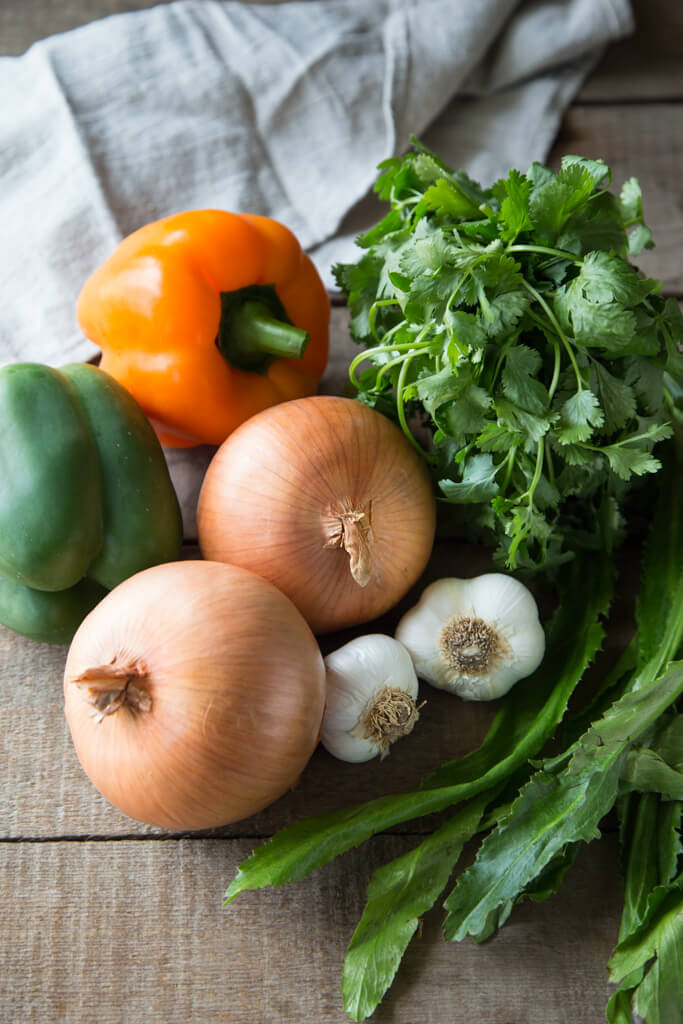 There are different versions of recaito, but the main ingredients are most often onions, cilantro, culantro, garlic, green bell pepper, and ajies dulces (a small sweet chile pepper). Culantro is an herb with long, wide, flat leaves that is similar to cilantro. You can often find it in international supermarkets, but if not, you can double the cilantro in the recipe.

Ajies dulces might be hard to find as well, depending on the season and where you are located. They sometimes look like habanero peppers, but they are sweet, not hot. You can substitute any type of sweet pepper. Since some ajies dulces are orange, we substitute part of an orange bell pepper in our recipe.

To make the recaito, everything is roughly chopped, placed in a food processor or blender, and pureed until smooth, almost like a pesto. From this point, a scoop or two of the recaito can be cooked in oil in a hot skillet to start a recipe, or it can be stirred into ground meats or stews as the dish nears the end of cooking. 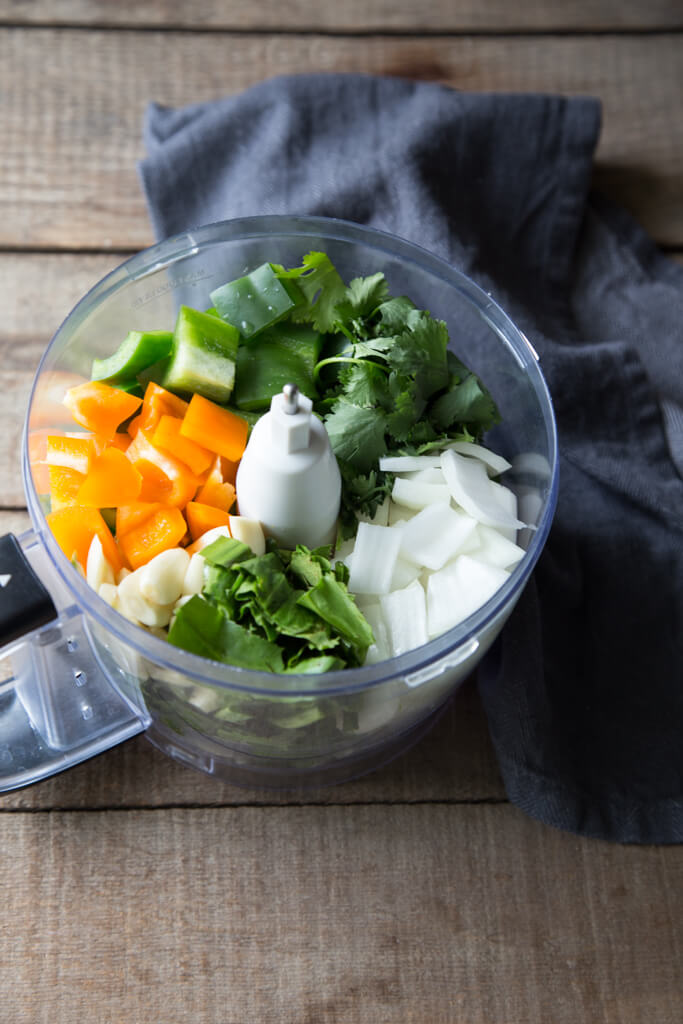 You will notice the vibrant flavor as soon as you take a bite of something that uses this cooking base. The onions blend well with the herbs, garlic, and peppers. We like to use recaito in the filling for Beef and Onion Empanadas and we’ll have our favorite recipe to share with you soon. For now, mix up a batch of recaito so that you can have it on hand to flavor all kinds of dishes.

Place all ingredients in a food processor or blender. Turn on low for 30 seconds. Scrape the sides of the container as needed. Process on high for 15 seconds, until a thick sauce forms. Refrigerate for up to 3 days, or freeze for up to 2 months.

Recipe and images by Lori Rice for the National Onion Association