Based in Greeley, Colo., the National Onion Association represents roughly 500 onion growers, shippers, and suppliers across the country. Yielding will take over for retiring executive vice president Wayne Mininger, who has held the position for 33 years. Yielding will officially start on Jan. 2, 2019, after spending the last 14 years advocating and marketing rice all over the world. 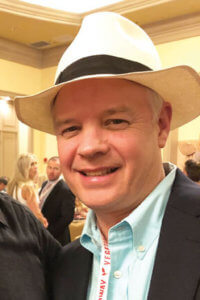 “We are very excited to have Greg on board and look forward to him representing our industry through whatever challenges come our way, and as all of us know will come,” said NOA President Doug Stanley. “Greg’s background with association work and his extensive legislative background should serve our association well.”

Though he came up the political route, Yielding has grown to know farmers and agriculture in the past 14 years advocating for rice.

“I like representing the farmers and growers,” he said. “I believe that everyone needs to be represented, and representing farmers is important for the country.”

He welcomes the opportunity to lobby and market on behalf of onions in Washington.

Prior to serving on the rice councils, he was the executive director for the Arkansas Cable Telecommunications Association for 10 years.

Yielding is married to Caroline; he has a 7-year-old son named Elisha and a 23-year-old son, Zachary, who is in the U.S. Marines.